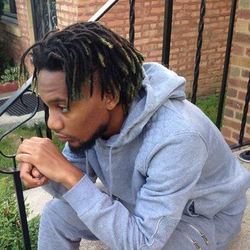 Chicago Police officers shot and killed a man whom they saw shoot another man when a fight spilled onto a West Englewood neighborhood street late Friday on the South Side, according to police.

Shortly before midnight, the officers were on patrol near 69th Street and Damen when they saw one man shooting at the other, according to a CPD statement.

They “repeatedly ordered” the gunman to drop the weapon, and when he didn’t, they opened fire, police said.

Darius Jones, 26, was taken to Christ Medical Center in Oak Lawn, where he died at 12:49 a.m. Saturday, according to police and the Cook County medical examiner’s office. He lived on the same block where the shooting happened. Police said he was 25.

An autopsy Sunday fond Jones died of multiple gunshot wounds and his death was ruled a homicide, according to the medical examiner’s office.

The 26-year-old man whom police say he shot in the abdomen was taken to the same hospital in critical “but stable” condition, officials said.

A weapon was recovered at the scene, according to police, who said the two men knew each other and that the initial shooting was not random.

The officers involved in the shooting, who were not hurt, will be placed on desk duty for 30 days, per CPD policy.

A spokeswoman for the Independent Police Review Authority, which investigates officer-involved shootings, could not be reached for more details.