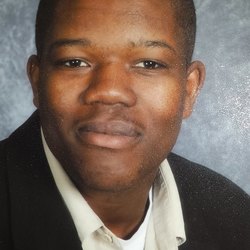 Authorities said a person flagged down an officer on routine patrol and that a man was threatening to stab people at a house celebrating a toddler's birthday. According to police, when the officer located the man, identified Tuesday as 26-year-old Darin Hutchins, he refused to drop the knife and obey commands. The officer shot him once in the chest. Authorities said the officer, who has been on the force for about two years, made the appropriate notifications and then tried to help. "This is indicative of a couple of things, one is, the officer being at the right place, the officer courageously confronting an individual who was armed and unfortunately, individuals who, in spite of an officer being in full uniform and giving very clear and precise directions, their refusing to follow those directions in what could be a a very deadly situation," Deputy Police Commissioner Jerry Rodriguez said. Police said Hutchins received immediate medical treatment but later died at a hospital.