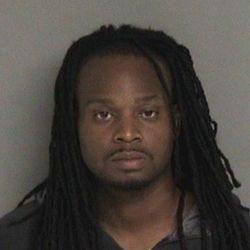 Dante Osborne was killed in a shootout with Alameda County Sheriff's deputies on September 22, 2015. Police said Osborne was a suspect in a drive-by shooting at 12:49 a.m. on 105th Avenue in East Oakland in which a man was wounded but survived. At 2:20 a.m. officers spotted Osborne driving a black Dodge Durango SUV on west Interstate 580 near 105th Avenue, but he refused to pull over for police. The Durango was found minutes later abandoned on I-580 near 164th Avenue. Around the same time, police got reports that a man, later identified as Osborne, tried and failed to carjack a driver and was seen running on Interstate 238. Osborne allegedly shot at Highway Patrol officers, hitting a passing car, near the East 14th Street exit, then ran off the freeway and into the unincorporated neighborhood of Ashland, near San Leandro, according to police. He was shot and killed in a shootout with deputies in an alley near the East 14th Street offramp, police said. No officers were injured.