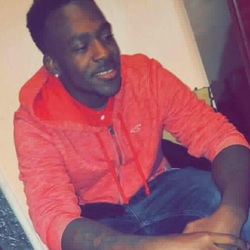 The officer said he was approached by two armed men who intended to rob him, and he shot them.