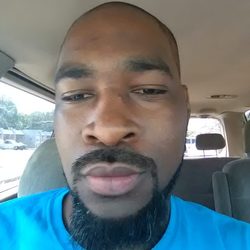 Danquirs Franklin muttered, "You told me to," as he slumped over after being shot by officer Wende Kerl outside of a Burger King in Charlotte on March 25. Those were his last words in a graphic video released by the Charlotte-Mecklenburg Police Department (CMPD) on Monday. Police received two 911 calls about an armed man behind the counter at a local Burger King that was threatening people. Four minutes later, two police officers arrived while the store's general manager appeared to be calming Franklin down and having a quiet discussion.

Officer Kerl ran up behind the car while she and her partner repeatedly shouted commands at Franklin. The two officers ordered him to take the weapon out and put it on the ground. He took the gun out and began to put it on the ground when Kerl opened fire. Franklin looked puzzled as he slumped over. Before losing consciousness, he told the officer, "You told me to..."

Many rallies and protests were held across Charlotte to honor Franklin, who the Charlotte Observer featured in a lengthy 2010 profile. The story focused on Franklin and his best friend Juwon Lewis as they navigated the hardships of a community plagued by drugs and destabilized by the prison system.