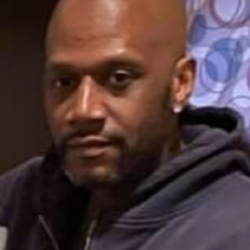 Daniel Prude, 41, died of suffocation in Rochester, N.Y., after police officers who were taking him into custody put a hood over his head and then pressed his face into the pavement for two minutes, according to video and records released by his family and local activists on Wednesday.

Prude died on March 30, seven days after his encounter with the police, after being removed from life support, his family said.

His death occurred two months before the killing in police custody of George Floyd in Minneapolis set off protests across the United States. But it  attracted widespread attention only on Wednesday when his family held a news conference to highlight disturbing video footage of the encounter taken from body cameras that the police officers wore.

The New York State attorney general, Letitia James, and the Rochester police chief said they were investigating the death. The officers involved were still on the force as of September 2020.

Joe Prude, his brother,  called 911 on March 23 after Mr. Prude, who was visiting from Chicago, ran out of his home in an erratic state. Mr. Prude had been taken to a hospital the previous day after he apparently began experiencing mental health problems, police reports show.

He was running through the street after leaving his brother’s home before Rochester police officers detained him. A truck driver also called 911 before officers arrived, according to internal police investigations of the case, to say that a man wearing no clothes was trying to break into a car and saying that he had the coronavirus.

The video, first reported by the Democrat and Chronicle of Rochester, shows Mr. Prude, who has taken off his clothes, with his hands behind his back. He is standing on the pavement in handcuffs, shouting, before officers put a so-called spit hood on his head, apparently in an effort to prevent him from spitting on them. New York was in the early days of the coronavirus pandemic at the time.

After the hood is placed over Mr. Prude’s head, he becomes more agitated. At one point, he shouts, “Give me that gun. Give me that gun,” and three officers push him to the ground.

The video shows one officer placing both hands on Mr. Prude’s head and holding him against the pavement, while another places a knee on his back, even as the hood remains on his head.

One officer repeatedly tells Mr. Prude to “stop spitting” and to “calm down.”

After two minutes, Mr. Prude is no longer moving or speaking, and the same officer can be heard asking, “You good, man?”

The officer then notices that Mr. Prude had thrown up water onto the street.

A paramedic is called over, about five minutes after the officers placed the hood on Mr. Prude’s head, to perform CPR on him before he is put into an ambulance.

The Monroe County medical examiner ruled Mr. Prude’s death a homicide caused by “complications of asphyxia in the setting of physical restraint,” according to an autopsy report.

“Excited delirium” and acute intoxication by phencyclidine, or the drug PCP, were contributing factors, the report said.

Seven Rochester police officers were suspended on Thursday, September 3, 2020 in the suffocation death of Prude in March, although the mayor and senior state officials faced escalating questions about why more than five months passed before action was taken.

On Saturday September 5, 2020, New York's attorney general announced that she would empanel a grand jury to consider evidence in the death of Daniel Prude, who died after being suffocated while restrained by police officers.

On September 15, 2020, a New York Times report detailed the lengths to which police went in delaying the release of the video to family and the community.

An independent investigation into the government handling of the death of Daniel Prude moved forward on September 18, 2020 when the Rochester City Council authorized the power to subpoena several city departments, including Mayor Lovely Warren's office and the Rochester Police Department.