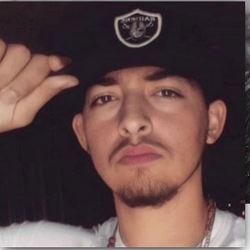 The Kern County Sheriffs Office has confirmed a stabbing investigation led to officers shooting and killing 20 year-old Daniel Gomez. KCSO says deputies responded to the 900 block of 16th Street in Wasco around 3:30 Thursday morning for reports of a stabbing.

The department said deputies made contact with the two women in the apartment who were being actively stabbed by the 20-year-old suspect. The suspect was ordered multiple times to stop but refused, KCSO said.

This led to a confrontation, after which an officer-invovled shooting took place, the department said. The suspect died from his wounds at the scene. The two women were taken to a local hospital for care, and one of them is in critical condition, at last check.

The other has since been discharged from the hospital, according to the department.

At this time, KCSO does not know the relationship between the suspect and the two victims, only that they did know one another. Three young children in the apartment at the time of the incident are now with family members, unharmed.

Additionally, the three deputies involved were not hurt and were removed from the scene.