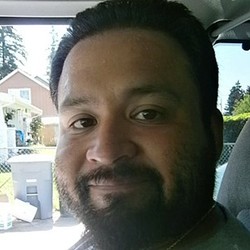 Daniel Covarrubias, 37, a member of the Suquamish tribe, was murdered by Lakewood police in Washington state on Tuesday, April 21. He was unarmed. Police say Daniel had been seen "running", and that after he climbed a tall stack of lumber in a lumber yard, he was "reaching into his pockets." Those who knew him say he was in mental distress and in need of urgent help. Instead, police fired up at him multiple times and killed him. No police have been arrested.

But he also stated that witnesses recorded the incident with their cell phones, apparently managing to do it without mimicking a gun. That video is not being released because it is being used as evidence in the “investigation.”

The incident took place last month after Covarrubias ran through a lumber yard, prompting workers to call police because they figured he was running from them considering they heard sirens in the distance.

But police say those sirens were for somebody else, but responded nonetheless.