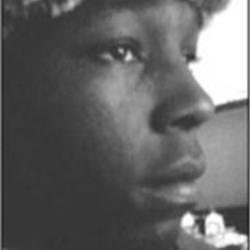 Moments later, the girl called Edwards to alert her to the fact that she had heard gunshots in the direction that Dakota had walked. The girl asked, “Did Dakota come home?” Edwards tried calling Dakota, but there was no answer.”

“When I called that phone he answered that phone so I knew something was up. I got up and went over there. [The police] wouldn’t tell me nothing. Someone went over [to the scene] and said it was Dakota. I lost it,” Edwards says.

Dakota had a tattoo of his mother’s name and was immediately identified by a neighbor. Dakota was shot in the back of the head and left dead

WGN reported despite the recommendation of oversight officials, Officer Brandon Ternand was vindicated in a 5 to 3 board vote Thursday October 11, 2018, meaning he won't be fired or disciplined for the fatal shooting of 15-year-old Dakota Bright during a foot chase. In August 2017, the Independent Police Review Authority ruled the fatal shooting was "unprovoked" and "unwarranted," more than a year after the city of Chicago settled with Bright's family.