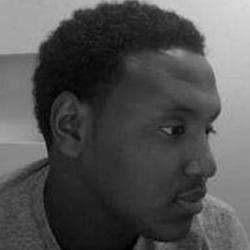 The FBI is investigating the Crossroads Center knife attacks on Saturday as "a potential act of terrorism." Nine people were injured by an attacker who was killed inside the Macy's store by an off-duty Avon police officer. St. Cloud Mayor Dave Kleis identified that officer as Jason Falconer during a press conference Sunday. A short time earlier, St. Cloud Somali-American community members identified the deceased suspect as Dahir Adan. Leaders of the Somali-American community in St. Cloud gathered Sunday with his family and issued a statement of sympathy for the family and the nine victims of the attack. Community leader Abdul Kulane said as far as the family and community know, the suspect did not have any history of violence. He was known as a smart, accomplished student at Apollo High School. He was a junior at St. Cloud State University, Kulane said. Adan was also working part-time as a private security officer, leaders said. The last time he was seen by family was about 6 or 6:30 p.m. Saturday when he said he was going to the mall to buy an iPhone 7. They don't know what happened after that.