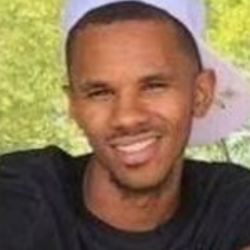 Police shot and killed Dacion Steptoe, 23, during the incident. He died in the driveway of a house in the 3500 block of May Street, about a block away from the Los Vaqueros bar he and two other suspects robbed, according to the Tarrant County medical examiner and police.

Neither of the suspects who survived, 23-year-old Samuel Mayfield and 33-year-old Timothy Huff, are believed to have fired a weapon during the confrontation, police said.