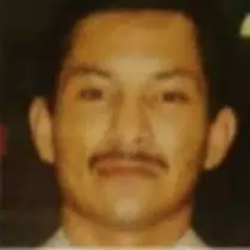 The police department in Lakeland, Florida, released surveillance video of the Oct. 3 shooting at the Vets Army Navy Surplus store that shows Michael Dunn, the store's owner and a Lakeland city commissioner, confronting Cristobal Lopez, 50, about allegedly shoplifting a $16 hatchet, and then shooting Lopez as he tried to flee.

October 2018   A Florida city commissioner has been arrested and charged with second-degree murder for shooting a man he suspected of trying to shoplift a hatchet from his military surplus store.

October 2018 No bond granted. That means Dunn will remain behind bars at least until a bond hearing likely next month. The case is already starting to grab national attention with Florida’s 'Stand your ground' law in the spotlight once again.

On October 24, 2018, Dunn was released from prison on $150,000 bail and hired Mark O'Mara to represent him. O'Mara gained national attention in 2012 when he successfully defended George Zimmerman from a second-degree murder charge in the shooting death of teen Trayvon Martin in Sanford, Florida.