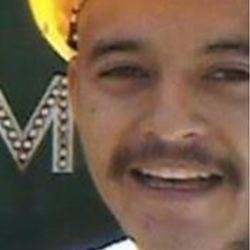 Deputies shot Medina when he 'took a two-hand shooting stance,' authorities said. The deputies were searching for an armed robber and said Medina matched the suspect's description. He was unarmed when shot.

A man was shot and killed by deputies in Florence after he pointed his finger at them, sheriff's officials said on Wednesday.

Medina did not have a gun, investigators discovered. They traced the robbery call to the phone booth where Medina had been standing, and determined there never was a robbery on Gage and Holmes.

“It’s suspicious,” he told The Times. “That is where the call originated and he was the only one standing in the area. The only … inference is he was the one who possibly made that call…Right now, we can’t draw any conclusions.”

Investigators found a security camera near the scene that may reveal more details about the shooting, Hernandez said.