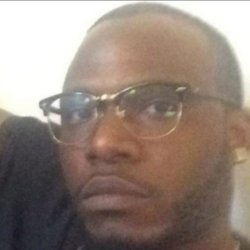 According to police, shortly before 1 a.m. Thursday, two officers were on patrol in the 3900 block of Garfield, an area known for heavy drug activity, when they conducted a pedestrian check on Shepherd, who reportedly had marijuana on his lap while seated in a parked car.

When the officers, who were in uniform and driving a two-man marked vehicle, asked Shepherd to exit the vehicle, he reportedly refused.

Officers then opened the car door and removed him to effect an arrest, according to authorities. When Shepherd was searched, one of the officers allegedly found a gun in his pocket and told the other officer.

According to police, a struggle began when Shepherd attempted to retrieve the gun from his pocket. During the struggle, one of the officers deployed a taser but it reportedly had no effect.

The officer who attempted to deploy the taser then grabbed his department-issued gun and fired a shot at Shepherd, striking him in the chest.

He was taken to the hospital and later pronounced dead.