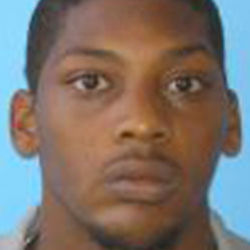 Twenty-eight-year-old Cornelius J. Parker shot Deborah W. Koontz, 53; Donald R. Wilson, 51; and Willie J. Mays, 44, at about 10 p.m. Saturday at a home in the 4400 block of Santa Anna Drive, Boone County sheriff’s Detective Tom O’Sullivan said in a news release. Koontz and Wilson, who were siblings, were pronounced dead at the scene, and Mays was taken to University Hospital with a gunshot wound to the head. A spokesman for the hospital said Mays was in critical condition Monday morning. O’Sullivan said Mays and Koontz were in a relationship. Parker was fatally shot by a Boone County sheriff’s deputy shortly afterward at the intersection of Highway 63 and Broadway, the release said. Parker and the three victims lived together at the residence on Santa Anna Drive, the release said, with no motive established for the shootings.