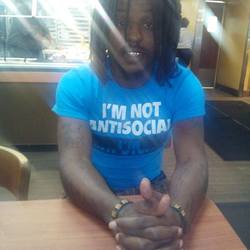 25-year old Cornelius Brown was shot and killed by Opa-locka Police after reportedly attacking officers with what family said was a broom stick. The family of that man has hired an attorney and said the shooting was not justified. But Miami-Dade P.B.A. President John Rivera said officers have to take the action needed to protect themselves, adding “you can kill someone with a broomstick.”

Family said Brown suffered from mental health issues but never hurt or bothered anybody. They said the stick he often carried with him is a toy not a weapon.

Police said around 3:30 a.m. a patrol officer spotted a man acting erratically at a convenience store at NW 135th Street and 30th Avenue. When he pulled into the parking lot to see what was going on, the man turned around and began to walk away. The officer followed in his patrol car. According to police, when Brown reached NW 32nd Avenue, he turned around, jumped on the hood of the officer’s patrol car and began punching the windshield. Police say they attempted to subdue Brown with Tasers before killing him.