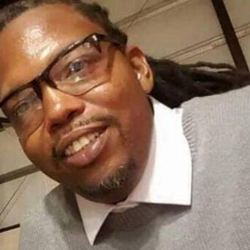 One person was shot and killed by a Manatee County Sheriff's Office deputy following a domestic disturbance, the department said.

A man and woman were arguing at a gas station on the 3000 block of Cortez Road West at about 9:20 p.m., and once deputies arrived, the man drove off in a vehicle, the sheriff's office said.

The vehicle traveled to a home on the 6300 block of Sixth Street West, where the man then ran behind a nearby residence, the agency said.

"According to witnesses, the suspect was yelling that he had a gun and was seen reaching into his pocket," the department said in a statement. "At that time, a deputy shot the suspect."

The man was later pronounced dead at Sarasota Memorial Hospital. He has since been identified as Corey Mobley.

The names of the victim and the deputy, who was placed on administrative leave, were not immediately released.