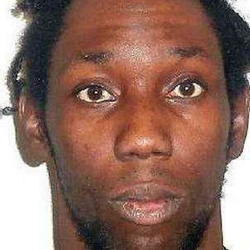 A fugitive sought by the U.S. Marshals Service was shot and killed in Flagler County Wednesday morning.

Marshals and Flagler County deputies were at a house in the first block of Espanola Road to serve a fugitive warrant on 24-year-old Corey Levert Tanner when the shooting occurred. Tanner, who was alone in the house, died at the scene.

She said no details of the shooting were being released but that marshals were involved and that no law enforcement officers were harmed.