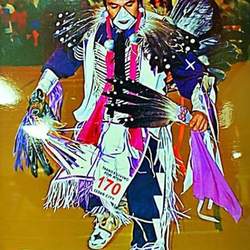 Corey Kanosh, 35, was shot and killed Oct. 15 late in the evening in the foothills above the Paiute Indian Reservation by deputy Dale Josie. The Millard County Sheriff's Department has said Kanosh was shot after an altercation with the deputy and after he attempted to use his Taser. A second man, Dana Harnes, 21, was arrested the next morning near Kanosh.

Kanosh certainly made some very questionable decisions on the last day of his life, but none of them warranted his life being cut short by law enforcement. He had been drinking with his sister’s boyfriend, and the two of them decided to take Kanosh’s mother’s car for a drive. When police began following them, they didn’t pull over; they kept driving. When the driver stopped the car, Kanosh fled on foot and was fatally shot. One can understand why the intoxicated Kanosh fled; he was part of the racial population most likely to be shot fatally by police, when considered as a percentage of the population (though less than 2% overall). He was a member of the Paiute tribe of Native Americans in Millard County, Utah.

His sister Marlee was dating Dana Harnes, a white man. Harnes was the one who drove the car on October 15th, 2012. When Harnes and Corey Kanosh left, intoxicated, in the car, Marlee called police, hoping for help. Sadly, the deputy who took the call considered the vehicle stolen. Spotted on the way back to the reservation, Harnes and Kanosh tried to hide the beers while fleeing law enforcement. Eventually, when they reached the reservation cemetery, Harnes pulled over. Both Harnes and Kanosh fled the scene; the officer decided to pursue the Native passenger instead of the white driver.