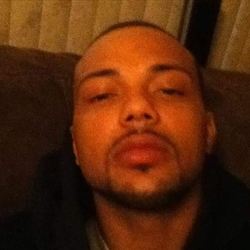 A St. Paul couple’s apparent domestic dispute early Wednesday spilled out of their East Side apartment building and into the streets, where witnesses heard a woman cry for help and shout about a gun before several gunshots by police felled a man.

St. Paul police said three officers were at the scene near the intersection of Sinnen and E. 7th streets when Cordale Q. Handy was killed in an officer-involved shooting about 2:20 a.m., but many details remain unknown. The Minnesota Bureau of Criminal Apprehension, which is investigating the incident, confirmed that two of the officers fired their guns. Their names have not been released.

“BCA crime scene personnel recovered a firearm outside of the apartment building and spent shell casings inside the apartment,” the BCA said.

Neither St. Paul police nor the BCA have said whether shots were fired inside an apartment in the 700 block of E. 6th Street, where one neighbor said Handy lived with his girlfriend, or to whom the gun belonged.

Before the fatal shooting, police had responded to the apartment complex for a domestic situation involving physical violence, according to the website Police Clips.

Handy’s brother, JaJuan Handy, said his brother’s girlfriend of about 10 years had called police after some type of argument. “She called the police because things went on, and maybe she wanted to be separated,” said JaJuan Handy, who lives near Chicago and did not witness the incident. “It might have been wrong done on both sides, but the injustice done on [the police end]” wasn’t merited.

Black community activists including, from left, Dianne Binns, Rev. Darryl Spence, Rev. Charles Gill, and Tyrone Terrill ask for calm as they acknowledge the killing of an African American man by a member of the St. Paul Police department during an overnight domestic call Wednesday at the Hallie Q. Brown Community Center. ] The African American Leadership Council, Saint Paul Branch of the NAACP and Saint Paul Black Ministerial Alliance held a press conference Wednesday, March 15, 2017 at the Hallie Q. Brown Community Center regarding the fatal shooting of an African American male who was killed in a police involved shooting that took place early Wednesday morning during a “domestic situation involving physical violence” according to a police report on the eastside of Saint Paul, Minn.

JaJuan Handy said that the girlfriend, who apparently witnessed the shooting, informed authorities that Cordale was drunk and possibly had a gun, but that the gun was not loaded. He was critical of the police’s handling of the situation, from firing multiple shots to not rushing his brother to the hospital to taking hours to confirm his death to his family.

Police Chief Todd Axtell said domestic calls are among the most dangerous situations officers are called to.

“State law prevents me from discussing specifics about this incident, but I do want you all to know that no one at the St. Paul Police Department takes pleasure in having to use deadly force,” Axtell said. “Officers do not choose situations such as the one that occurred this morning; the situations choose the officers.”

The officers were not injured in the incident. Handy died at the scene.

A BCA statement said Handy was from Waukegan, Ill., although a neighbor and court records indicate that he is a St. Paul resident. His brother said he had been in Minnesota for “some time.”

Melissa Nielsen, who lives on the same floor as Handy and his girlfriend, described the two as a quiet couple who kept to themselves. There had been no indication of domestic strife since they moved into the complex about eight months ago, Nielsen said.

“They’ve been nothing but nice to me,” she said. “They’re nice to all of their neighbors.”

She was awakened by the sound of a man and a woman scuffling against her door, which is near a stairwell leading to the building’s exit. “My door was shaking,” she said.

Nielsen said she heard the man and woman yelling. “He was terrified, and she was distraught,” she said. The couple then ran down the stairs, Nielsen said, and soon she heard shots fired outside.

Nielsen, De’Andre Gatewood, who also lives in the apartment complex, and Bee Moua, who lives down the street, all said they heard the woman say that the man either had a gun or a weapon.

Gatewood said a woman was screaming outside. “I heard, ‘Help me, help me,’ and we heard, ‘He’s trying to kill me,’ and after that I just went to the window to see what was going on,” he said.

Gatewood said he could see a woman, who then ran behind officers already on the scene. He couldn’t see the man. Then he heard the woman again.

“She was saying, ‘The gun isn’t loaded, put the gun down, please don’t shoot!’ ” he said. “She was also telling the guy to put his hands up, just put the gun down, don’t do anything, and I guess the guy wasn’t listening to her.”

“Then a few shots let out, and after that I just stepped back,” Gatewood said.

Leaders of the African-American Leadership Council, the St. Paul chapter of the NAACP and the Black Ministerial Alliance held a news conference Wednesday to urge community members to be patient, noting that it can take days to gather evidence. They also said they would support any peaceful demonstrations.

“For our community, it’s another black man that, regardless of the circumstances, [has] been killed,” said Tyrone Terrill, president of the African-American Leadership Council. “It’s very important for the community to know that we just don’t sit by and ignore that.”