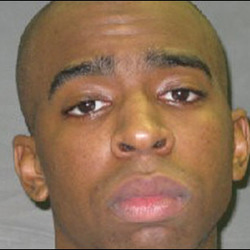 Colby Robinson, 26, was shot and killed Tuesday night during an officer-involved shooting in the Dallas suburb of DeSoto, Texas, according to law enforcement sources.

In the late evening hours of Tuesday April 14, Portland Police Bureau Homicide detectives learned that 26-year-old Colby James Robinson, the suspect in the shooting on Friday evening that killed two people and critically injured a third, was shot and killed by Desoto (TX) Police in Dallas, Texas.

Desoto officers followed Robinson to Camp Wisdom and I-35 in Dallas, where he fled on foot to the 7000 block of Altaire Avenue. At this location, Desoto Police officers confronted Robinson and an officer-involved shooting occurred. Robinson was shot and pronounced deceased at the scene.

There was a female unrelated to this incident in a vehicle approximately one block South of the shooting, who appeared to have been injured as a result of the gunfire. She was transported to a local hospital in stable condition.