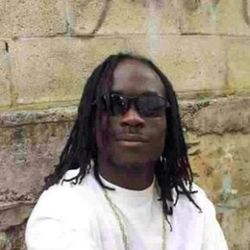 According to reports Officers responding to a report of a man carrying a weapon and  shot and killed a man identified as 31-year-old Kittitian Clyde Norford. The incident took place at approximately 12:21 a.m. in the vicinity of Fort Christian in St.Thomas USVI. According to the preliminary investigation, officers received information that Norford was armed with a firearm. At some point during their interaction with Norford, a shot was fired, resulting in Norford’s death on the scene. A firearm was recovered on his person.