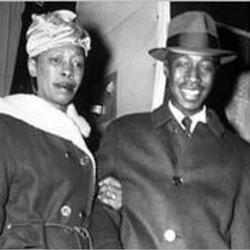 A Korean war veteran, Kennard attended the University of Chicago from 1953 until 1955, when he was forced to return home to Hattiesburg, Mississippi, to help out his mother. Kennard wished to finish his education, but the only college in the area was the all-white Mississippi Southern College, now the University of Southern Mississippi. Kennard met with school officials on a number of occasions and formally applied to the school in 1955. School officials put up roadblock after roadblock to thwart his admission, and the Mississippi Sovereignty Commission, a state-funded secret agency dedicated to segregation, attempted to discredit Kennard.

Unfortunately for them, the devout Baptist man had an impeccable life and school record. They couldn’t dissuade him, so they framed him with a felony: stealing $25 worth of chicken feed. An all-white jury convicted him to the maximum of seven years of hard labor after a brief 10-minute deliberation. While incarcerated for a crime he did not commit (the key witness later recanted, and stated that the whole charade was to bar him from the college), he became seriously ill with what was discovered to be intestinal cancer. Prison officials refused to treat him, release him, or let him do his time without the hard labor. After protests, he was finally released about halfway through his sentence. He died six months later, never bitter or angry. Two years later, the first black students were admitted to the school that had refused him entry.