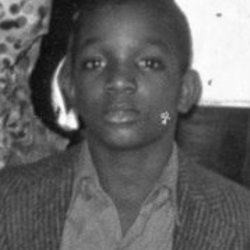 Mr. Armstead woke 10 year old Clifford before dawn so they could be at the yard to move cranes into place for a delivery. They walked a few blocks when an unmarked car pulled alongside them. Mr. Armstead, carrying wages he had been paid the day before, said he and Clifford ran, afraid that they were going to be robbed. Hearing shots, he flagged down a patrol car, not realizing Clifford had been felled. Officer Shea testified he did not realize Clifford, who stood just five feet tall and weighed less than 100 pounds, was a child. After the shooting, prosecutors said, Officer Shea’s partner, Walter Scott, was recorded on a radio transmission saying, “Die, you little _____”. The officer claimed he fired when Clifford, in flight, pointed a gun at him, which the mortally injured boy had then managed to toss or hand to his stepfather. Chief Homicide Prosecutor Mr. Gaudelli said “Guys were trying to help Shea, and coming up with all kinds of stuff”. “Someone showed up with a starter’s pistol, but as soon as you pressed them on it, they folded. There was no gun.” Officer Shea became the first police officer in nearly 50 years to be charged with committing murder while on duty. “Shea says that the kid turned and appeared to have a gun,” Mr. Gaudelli said. “That’s what got him indicted: The ballistics made Shea a liar.” But not, apparently, a murderer, at least in the eyes of the jury of 11 white men and one black woman who found him not guilty. Afterward, many of the jurors joined Officer Shea and his lawyers at a restaurant to celebrate. They told reporters it was possible Mr. Shea had been telling the truth about seeing a gun. “The bullet entered his lower back and came out at the top of his chest. He was shot T-square in the back, with his body leaning forward. He was running away.”

June 1974 Officer acquitted of murder by 11white and 1 black jury but is fired from the NYPD.