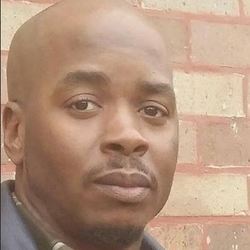 A large crowd of relatives, neighbors and people who had been at a nearby bar gathered early Friday in the 600 block of Central Park Avenue as more than 20 patrol officers stood guard at the edge of where police had taped off as part of the crime scene.

Many in the crowd voiced their dismay at the police, with some yelling profanities at officers.

"That's somebody's cousin that you just murdered," one woman yelled. "I bet if it was some white boy, the family would be getting consoled."

One woman cried out that it was her brother who had been gunned down by police. She declined to comment.

A man's body could be seen on the ground in the 3500 block of West Harrison Street near a vehicle. It was unclear if it was the man shot by police or if it was one of the men wounded allegedly by the suspect. The bodies of two men were removed from the crime scene early Friday.

A small group of visibly shaken women at one point was escorted by police into a building near where the shooting took place.

Anthony Johnson, 40, was among those who were standing outside the crime scene. Holding up his phone, Johnson live-streamed the aftermath of the shooting.

Johnson said he was inside the nearby bar and saw the man who was later shot by police talking to women inside the business. He recalled complimenting him on his clothes.

"The man was on nothing," he said, pointing out that bar patrons were searched before going into the business.

After the shooting erupted, Johnson and others left the bar. He recalled seeing blood on the street.