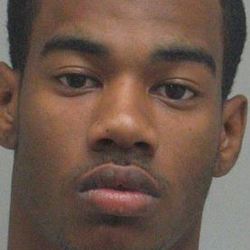 The man shot and killed by St. Louis County Police at Gravois Bluffs yesterday morning has been publicly identified, and his accomplice has been charged in his death.

Officers say Claudell Webb Jr. of Ferguson was shot when he struggled with officers. He and Jabari Quarles of St. Louis had just fled the Check ‘n Go after pulling weapons on, and tying up, two employees.