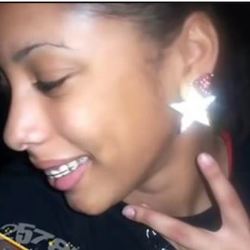 As is customary in HPD officer-involved shooting incidents in the city limits, the incident is being investigated by the HPD Homicide and Internal Affairs Divisions as well as the Harris County District Attorney's Office.

A female robbery suspect was shot and killed by a police officer and some are questioning why it happened. Police say the woman had a gun and refused to drop it. The shooting happened last month in southwest Houston and now, a witness is only talking to Eyewitness News, disputing the police version of what happened. That witness statement is now part of the internal affairs investigation which is being conducted at HPD headquarters. Brent Justice openly admits it was dark, but assured police his eyes weren't playing tricks on him. December 16, 2010 is a day Justice says he will never forget. "I'd never seen anything like that before in my life," said Justice. In the early morning hours at the Mills Apartments on Forum Park, he watched as Houston Police Officer D. Hoang shot and killed 20-year-old Ciara Lee, a suspected robber who according to HPD pointed a gun at the officer when he commanded her to drop it. "There was no one approaching the officer," Justice said. Justice, who was in the parking lot headed to his car, claims he saw Officer Hoang pull up and get out of his squad car. "I saw her running. She was running," said Justice. And he says that's not the way it happened. "As soon as he stepped out, he told her, 'Stop or I'll shoot!' Then Pow. I'm like, wow," said Justice. What's more, Justice, who was standing about 15 feet away, insists even though it was dark, it appeared Lee was unarmed. "There was enough light to see the gun in the officer's hand, so if I saw the gun in the officer's hand, I know I'd be able to see a gun in someone else's hand...but I didn't," said Justice. But Officer Hoang is standing his ground. His union appointed attorney told us, "The case is still under investigation. Based on the information we have, it appears the use of deadly force was justified. We're confident that will be determined at the conclusion of this investigation." "I believe that the officer made a mistake," Justice said. He was so convinced that Officer Hoang over-reacted that he went to HPD headquarters and made a sworn statement to police which is now part of the investigation. All he wants to do is set the record straight. "I feel like the truth needs to be told. The woman can't speak because she's dead," said Justice. He says another witness came forward and made similar claims against the police officer. The Harris County District Attorney's Office is also investigating. Officer Hoang has been on the force for nine years. He was on administrative leave after the shooting, but he's been put back on patrol. We checked and found these types of cases are not uncommon. Statistics from HPD show there were fewer officer-involved shootings last year than in 2009. Of the 32 officer-involved shootings last year, 27 resulted in the suspect being injured or killed. Of the 50 incidents in 2009, 29 suspects were either injured or killed.