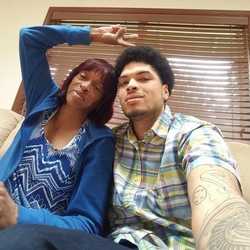 Christopher Ruffin was killed by Palm City Police after apparently killing his mother in his home. Two days after sheriff’s officials identified Christopher Ruffin as the “apparent” killer of his 61-year-old mother found murdered inside his Palm City home, their family hailed her as a hero for repeatedly seeking help for her troubled son.

Deputies on Sunday discovered Christine Ruffin shot to death inside her son Christopher Ruffin’s home in the 2700 block of Southwest Westlake Circle in the gated Crane Creek community after her family called seeking a welfare check.

“My brother was an amazing man, and so was my mother. All she did was go down there and try to help him,” Crystal Holt, 31, said Tuesday. “This was not him. And if the resources that he went to for help would have helped, this would have never happened. This broke our entire family.”

Christopher Ruffin, 28, was fatally shot Sunday during a standoff with Palm Bay police officers and a Brevard County sheriff's deputy.

Records show he’d been trying to see a doctor for mental health issues for several months, but every appointment had been cancelled.

Crystal Holt said Ruffin, who joined the Army in his late teens and spent most of his military career in Seattle, Washington, suffered from PTSD but was denied the help he needed.

“The V.A. in Syracuse, New York told my mom he needs to follow up with the V.A. in Florida and they would not take him,” Holt said. “My mother died a hero because she sacrificed her life for ours because if he didn't do that to her, it could have been one of us.

Snyder on Monday said after Christine Ruffin’s body was discovered, the search was on for her son, who was located by law enforcement in Palm Bay, in Brevard County with his girlfriend and their two children.

Snyder said Christopher Ruffin committed an aggravated assault against his girlfriend in his car by brandishing a gun in front of her and their two children.