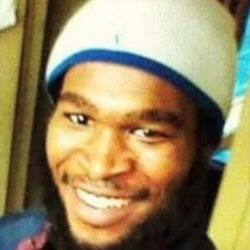 Christopher LaShon Kimble Jr, 22, was struck and killed by an East Cleveland police cruiser late Saturday night, according to the Ohio State Highway Patrol and East Cleveland Police. As a police cruiser was traveling eastbound on Superior Avenue responding to an emergency call with its overhead lights activated, Kimble attempted to cross the street at Emily Street and was hit by the cruiser. The man rolled up onto the hood of the cruiser, struck the windshield, and then the roadway. The pedestrian was taken by EMS to University Hospitals where he later died.