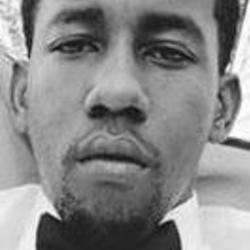 The family of a Milwaukee man shot to death by a Walworth County sheriff's deputy three months ago say they have yet to be provided with information about what led to the shooting.

"All they know is what was reported in the press release by the media," Nate Hamilton of the Coalition for Justice said at a news conference Thursday evening at the grave of Christopher J. Davis in Graceland Cemetery.

Davis, 21, was shot Feb. 24 while sitting in a car in the parking lot of Roma's Ristorante and Lounge in the village of East Troy during what the Walworth County Sheriff's Office called a drug investigation with village police.

According to a news release from the Sheriff's Office, Deputy Juan Ortiz, 30, was assisting village police in the investigation and "discharged his department-issued firearm," striking Davis, after "the driver failed to follow commands" of officers.

The driver took off, prompting a chase that reached speeds of more than 100mph before ending when the vehicle crashed in the area of Durham Place and Hidden Creek Court in Muskego.

Two people who fled from the vehicle were arrested, according to the Sheriff's Office. Authorities have never identified them or said whether they were ever charged, citing an investigation of the shooting by the Wisconsin Department of Justice Division of Criminal Investigation.