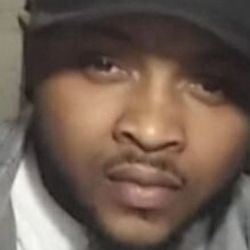 Toledo police officer Brandon Stalker, 24, was shot and killed Monday when Christopher Harris, 27, emerged from a home with “a firearm in both hands and fired shots in multiple directions,” police said.

According to police, multiple officers returned fire and shot Harris. Both men were pronounced dead at a hospital.

“The entire Toledo Police family is in shock. Another hero has paid the ultimate sacrifice protecting the residents of Toledo,” said Police Chief George Kral.

Stalker leaves behind a fiancée and a child. He had joined the police department in July 2018.

Kral said the standoff started about 4 p.m., when officers noticed a man with warrants out for his arrest in connection to vandalism at a church smoking outside a home.

Officers approached the man, who fled brandishing a firearm and entered a nearby home. Police set up a barrier and a SWAT team was called in.

Negotiators had tried for hours to get the suspect to surrender peacefully.

Police then used tear gas to force him out. He exited holding two guns, firing. Police shot back, striking Harris. One of the suspect’s shots hit Stalker in the head, Kral said.