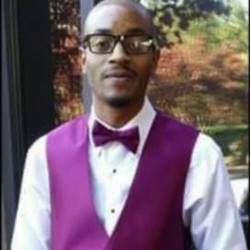 25-year-old Christopher Goodlow, was killed when he lunged at police officers with a large knife, who say they were forced to shoot him. IMPD says their officers used progressive use of non-lethal force before shooting. First, telling him verbally several times to drop his weapon. Officers also tried a taser. Family members say Goodlow suffered from bipolar disorder and schizophrenia and believe he was not going to hurt anyone.