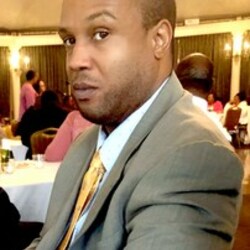 Christopher Corey Moore, 41, of Greensboro was killed in an officer-involved shooting in the parking lot of the Greensboro Police Department headquarters on Friday afternoon.

According to Greensboro Police Chief Brian James, at 3:08 p.m., Moore came into the parking lot, set fire to a police vehicle and assaulted an officer.

Three officers responded and fired their weapons. Moore was shot and pronounced dead at the scene.

The officer who was assaulted was taken to the hospital and there is no word on their condition, but James said their injuries are consistent with a physical assault.