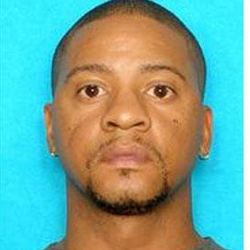 A man previously convicted of murder and wanted in Sunday’s double-slaying of a West Side man and his girlfriend was shot and killed Monday morning by a sheriff’s deputy as law enforcement officers closed in on him at a Southtown motel, police said.

Officers were trying to serve a warrant for capital murder to Christopher Bernard Doss — an ex-con who had served time for a 1992 murder in Tarrant County — the sole suspect in Sunday’s double homicide, said U.S. Marshal Robert Almonte.