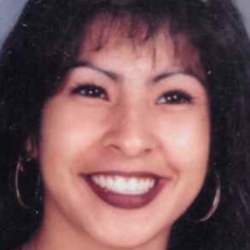 Police have identified the woman shot and killed by police in South-Central El Paso on Wednesday as Christine Venegas, 38.

As KTSM previously reported, the SWAT standoff began at about 10:15 a.m. at the El Paso Health and Human Services located at 5150 El Paso Drive.

Police say it happened after Venegas entered the building and began arguing with a caseworker over food stamp benefits.

According to a news release, the woman then took out what was believed to be a handgun and allegedly threatened the caseworker and a security guard.

Officers then evacuated the building as Venegas barricaded herself inside an office.

Officials say the woman walked out of the office at about 3:30 p.m. and confronted the SWAT team.

According to the release, the officers used “less-lethal munitions” in an attempt to subdue Venegas before she allegedly raised the weapon and pointed it at them.

An officer, a 14-year veteran of the department, then began firing at her with a patrol rifle. Venegas was taken to University Medical Center where she later died.

According to investigators, officers later determined that Venegas’ weapon was a CO2 cartridge pellet gun that looked similar to a semi-automatic handgun.

The officer who fired the shots is on administrative leave.

The department’s Crimes Against Persons unit, Shooting Review Team, and the Texas Department of Public Safety Ranger Division are investigating the incident.