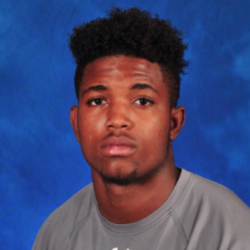 On the morning of August 7, 2015, unarmed 19 year old Christian Taylor was shot dead by police who claim he was attempting to rob a car dealership, a claim his family finds hard to believe. According to the Star-Telegram, around 1 a.m. police were notified of a burglary in progress at a GMC Classic Buick dealership. Police claim that a security company dialed in emergency help after they witnessed the suspect using his car to crash through the dealership's showroom window. Clyde Fuller, Taylor's great uncle, told the Star-Telegram that the story that is being described doesn't add up. He said his great nephew was set to return to college and that he excelled at football.

Rodriguez told the newspaper that the officers are in the process of receiving body cameras but they don't have them yet and as such, officer Miller was not wearing one during the shooting. He added that there are several security cameras in the dealership but they haven't found footage that shows the incident clearly.

On August 11, 2015, Chief Will Johnson of the Arlington police said that the officer, Brad Miller, 49, had been fired for the “inappropriate judgment” in the fatal shooting. Chief Johnson said Officer Miller had entered the building without his partner, leading to an “an environment of cascading consequences.”

June 2016 Prosecutors on Wednesday are hoping to finish up their grand jury presentation in the case of former Arlington police officer Brad Miller. The grand jury in Tarrant County has been listening to testimony since last month. The jury will then decide whether to criminally charge Miller.