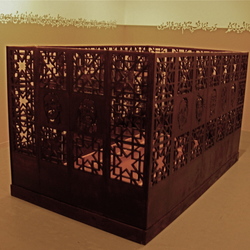 Portillo was unarmed, sitting in his car in his driveway. When police approached the car, they claim Portillo was "physically startled," causing them to shoot. Family received $750,000 settlement on 8/31/2010.

Christian Portillo, 35, a Latino man, was shot to death by a Los Angeles County Sheriff's deputy in the 11000 block of Dalerose Avenue in Lennox about 11:40 p.m. Wednesday, July 23.

Steve Whitmore, spokesman for the Sheriff's Department, told the L.A. Times that two deputies were on patrol when they saw a man sitting in his parked car. Whitmore said the deputies approached the man and said he was  "physically startled, agitated and reached under his seat." One of the deputies, fearing for his safety, fired his weapon, hitting Portillo in the upper torso, according to Whitmore. More on the deputy-involved shooting. Portillo was pronounced dead at the scene, authorities said. No drugs or weapons were found in the vehicle, Whitmore said.