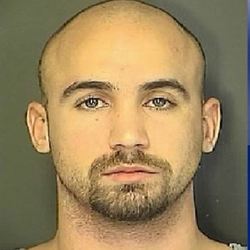 On a Friday night around 11:30, North Charleston Police Department responded to a report of a man shooting a gun outside of an apartment building located in the 2100 block of Dunlap street.

When they arrived on scene they saw the suspect, a Hispanic male, leaving the building in a vehicle. Officers attempted to conduct a traffic stop. The suspect failed to stop, driving around and coming back to the apartment complex.

According to piolice, once the suspect pulled in front the apartment building he bailed from the car and officers chased after him. As they entered the breeze way of the building, the suspect fired his handgun at the officers and they returned fire. Jennifer Twyman, the girlfriend of the deceased, disputed the police account saying her boyfriend fired one shot about an hour before officers were called but never fired the gun again.

The suspect was pronounced dead on scene by EMS.

The Charleston County Coroner’s Office has released the identity of the person involved in an officer-involved shooting on Friday, August 26.

According to Coroner Rae H. Wooten, Christian Joshua Olivencia, 29, died from “a fatal wound to the head which is consistent with a self-inflicted gunshot wound.”