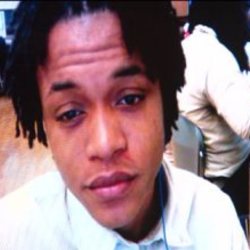 The family of a black teenager fatally shot in the back as he ran from Chicago police three years ago called Thursday for a federal investigation into the shooting — one of three deadly incidents involving the same officer in less than two years.

Veteran tactical Officer Robert Gonzalez has said 17-year-old Christian Green turned and pointed a gun at him during a short chase through the Washington Park neighborhood on the Fourth of July 2013. In fear for his life, Gonzalez said, he fired 11 shots at Green from the window of his police SUV.

At the time, police said Green had been shot in the chest. An autopsy later determined, however, that he'd been struck in the back, records show.

At a news conference Thursday, attorney Victor Henderson, who represents Green's mother in a wrongful death lawsuit, called for the U.S. Department of Justice to investigate the shooting. He questioned what he called a faulty investigation by the police oversight agency that failed to challenge the accounts given by Gonzalez and three other officers at the scene.