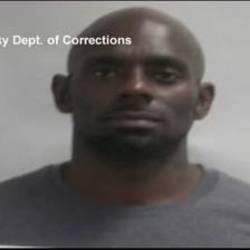 On Wednesday night, May 20, at 8 p.m., Owensboro Police Department Street Crimes along with Kentucky State Police Drug Enforcement/Special Investigations were actively involved in a joint drug investigation, according to KSP. The investigation led the police to the Motel 6 on Fulton Drive in Owensboro. Officers attempted to arrest a suspect, who was identified as 38-year-old Chrislon Talbott, who was occupying a room. As officers were making their approach, verbal contact was made with the suspect, who had a female in the room. He indicated to law enforcement he was not going to cooperate with them, so fearing for the safety of the suspect and his acquaintance, officers backed off and established a perimeter, KSP said. Owensboro Police Department called three trained hostage negotiators to the scene to help deescalate the situation. After midnight, the suspect exited the room and fired upon established law enforcement officers who were on the property, KSP said. An exchange in gun fire ensued and the suspect was shot. He was immediately rushed to Owensboro Medical Hospital via ambulance where he died.