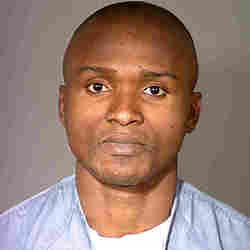 Six police officers were responding to a 911 call about an alleged robbery and assault on LA's Skid Row, in which Keunang was reportedly a suspect. During a struggle with police, Keunang, who reportedly suffered from mental health problems, allegedly reached for an officer's gun, prompting several officers to open fire. A report by the LAPD shows mentally Ill people constitute a third of police shootings.The three officers who fired their guns—Sergeant Chand Syed, and Officers Francisco Martinez and Daniel Torres—have been reassigned to administrative duty and an internal police department investigation is ongoing, the LAPD confirmed to Mother Jones. Keunang's family has filed a $20 million civil claim against the city. An autopsy report released July 29 indicated that Keunang had meta-amphetamines in his system at the time of death  The death was classified as a homicide, the coroner's standard classification for the death of someone by the hand of another.

On August 21, 2018, the Los Angeles City Council approved a $1.95 million settlement for the family of Keunang.