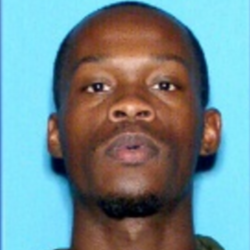 Charles was walking up and down a street holding a firearm, according to authorities. When officers arrived, the man reportedly refused to drop the gun and pointed it at police, who opened fire. Investigators later said Charles was carrying a 'simulated revolver'.

Four officers were identified by the department as being involved: Michael Ragsdale, Joseph Imburgio, Alyce Payne, and Nicholas Metzger.

OPD did not say which two officers fired at Charles.

None of the officers were wearing body cameras at the time of the shooting because not all officers have been equipped with body cameras yet, OPD said.

A single officer arrived first at the scene early Sunday in response to a report that Charles was walking up and down a busy street carrying a firearm. The officer then called for backup. The gun ended up being a "simulated" gun.

Charles, 25, was black; the officers are white. The Florida Department of Law Enforcement was investigating.