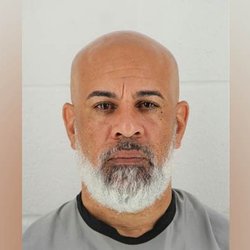 Kansas man who’d just confessed to strangers that he’d murdered his wife, was shot and killed by police on August 13 after he fired an assault-style weapon at responding officers. Lenexa resident Charles Roy Pearson, 51, walked into a hotel, told employees that he’d killed his wife, Sylvia-Ann Ussery Pearson, said he was heavily armed and dangerous, and encouraged the hotel staff to immediately call the police.

The FBI and Overland Park Police announced on August 14 that Sylvia Pearson’s body was found the night before, in Benton County, Arkansas. Fox4 KC is reporting that a detailed note with a diagram was discovered in the Lenexa home the couple once shared. Her body was found near a water tank next to the Whitney Mountain Lodge, 40/29 News reported.

Sylvia Pearson was last seen on the morning of August 12 leaving her new home in Overland Park, Kansas. Her family filed a missing person’s report when they failed to hear from her. According to investigators, the two had separated in February 2019.

Charles Pearson was described as a 21-year veteran of the U.S. Army. He was an Army Ranger who served two combat tours in Iraq.