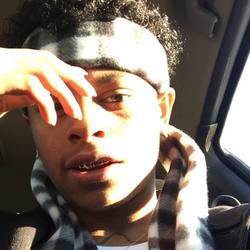 Charles Roundtree died inside a home in the 200 block of Roberts Street after police responded to a call for an assault around 1:25 a.m., said San Antonio Police Chief William McManus.

McManus initially said the officer spotted a weapon in a person's waistband and later "wound up using deadly force on that individual."

Wednesday afternoon, he revised that to say the officer fired at a 24-year-old who was reaching for a gun in his waistband. The bullet went through that person, who has not been identified, and struck Roundtree.

"It's a very, very unfortunate, tragic incident that happened," McManus said. "Unfortunately, that person who was just sitting there was killed by a bullet fired at someone who was attempting to use deadly force against police."

Despite the outcome, McManus still credited the officer for his handling of the situation.

"The approach was very professional," he said. "It was simply an inquiry. There was nothing hostile about it and unfortunately the reaction from the individual with the gun was something he should not have done."

The officer, who has been with San Antonio police for five years, has not been identified and was put on administrative duty. McManus did not say how many shots he fired.

The home was also one police were familiar with, the police chief said. Officers have responded to that home more than 50 times this year and roughly 100 times the previous year. The house, which McManus said was known for drug activity, was even the subject of a Dangerous Assessment Response Team investigation.

According to police, officers responded to the home because someone was trying to sell something but was attacked by a person inside. When police arrived they found the front door slightly ajar. An officer knocked and the door opened up, McManus said.