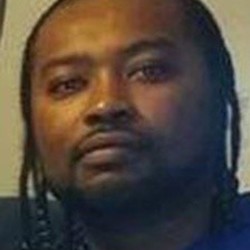 According to Cook County prosecutors, Breanna Patterson and her boyfriend, Charles Smith, broke into a West Englewood home early Sunday January 31, 2016, trying to get information about a robbery. Minutes later, Smith was shot dead by Chicago Police, and Patterson was charged with his murder.

Patterson and the 29-year-old Charles Smith knocked on the door of the home in the 7300 block of South Paulina about 4 a.m. Sunday because they thought someone in the home knew who had robbed them about three weeks earlier, according to the Cook County state’s attorney’s office. Smith was armed with a .40 caliber semi-automatic handgun.

Ultimately, Smith and Patterson kicked down the front door, entered the home and Smith demanded information about who had robbed him. One of the residents was able to slip away to another part of the house and call police.

When police arrived, Smith and Patterson heard the door open. Smith, armed with the gun, went towards the door. He fired multiple rounds and the officers fired back.

Smith was shot in the abdomen and pronounced dead at the scene at 5:40 a.m., according to the Cook County medical examiner’s office.