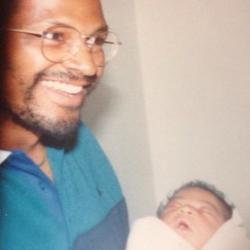 53 year old Charles Goodridge, a former computer programmer, was shot by an off-duty Harris County deputy constable after getting into a confrontation with the officer at an apartment complex northwest of Houston.

After the shooting, Goodridge lay bleeding from two gunshots in his abdomen for 15 minutes as the responding officers stood by without providing first aid. At one point, as Goodridge raised his head, an officer used his foot to keep the man’s face on the pavement, according to a dashboard camera video supplied to The New York Times recently by the man’s relatives.

The video shows Mr. Goodridge sprawled in a parking lot before an ambulance arrives, as officers put up crime scene tape and put him in handcuffs. They talk to him and walk by him, but at other times they leave him alone, bleeding, and are not in view of the camera.

From the time the episode was first reported, at 2:17 a.m. on July 9, 2014, and including the time the man, Charles K. Goodridge, lay unaided on the ground, it took more than an hour for him to arrive at an emergency room. An hour after his arrival at the hospital in an ambulance, he was dead.

After losing hs job with Hewlett Packard, he was evicted from his apartment at the Village in the Woods, but continued to return to the complex and had been given a trespass warning, the authorities said. Deputy Ruiz also lived there and worked while off duty as a security guard at the complex. That morning, Deputy Ruiz was patrolling the complex at about 2 a.m. and spotted Mr. Goodridge in the fitness center.

Deputy Ruiz told prosecutors that he went to get his gun and his badge and entered the fitness center to tell Mr. Goodridge that he was not supposed to be on the property. He tried to handcuff Mr. Goodridge, but Mr. Goodridge pulled away, and Deputy Ruiz followed him to the parking lot, where Mr. Goodridge attacked him, according to the deputy’s version of events.

The deputy “became fearful that Goodridge was going to take his gun and kill him with it, so when he gained some distance from Goodridge, Ruiz pulled the gun and shot Goodridge twice,” Mr. McShan said, summarizing what the officer told prosecutors.

Mr. Goodridge’s brother, Gary, was skeptical of that description. “He had never been in a fight,” he said of his brother. “To think that for the first time in his life he’s going to go after someone who’s a policeman and has a gun is absolutely unbelievable.”