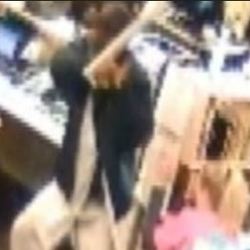 Logan then "charged the deputies still carrying the metal bar," the letter said.

Deputies used a stun gun on Logan, according to the letter, but the device didn't make contact with his skin and did not deliver an electric shock.

Prosecutors reviewed squad car video footage that showed the deputies wrestling Logan to the ground and the Maplewood officer handcuffing him.

"Quickly after getting Logan handcuffed, the officers noticed that he had gone limp and [was] unresponsive," the letter said. They called for medics and began resuscitation. Logan was taken back to St. John's, where he died.

According to the letter, the autopsy report indicated Logan's death was possibly due to "excited delirium, that he had an enlarged heart and suffered from hypertension. There were no taser marks on Logan's body."