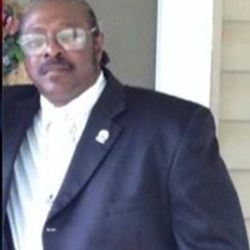 Charles Edward Rosemond Sr., 55 died early Thursday morning after he was shot by a Greenville County sheriff’s deputy during a confrontation in his apartment, authorities said. A resident at Spring Grove Apartments called authorities to report that she heard a commotion next door, including a shot fired, and thought a robbery was in progress, Sheriff's Office Lt. Ty Miller said. Deputies met with the caller, went next door and saw through a window that a room was disheveled, Miller said. Deputies identified themselves and knocked on the door multiple times and no one answered, Miller said. Two deputies forced their way into the apartment, and they saw a man pointing a gun at them. The man fired one shot and struck a deputy . The other deputy then returned fire, police said.