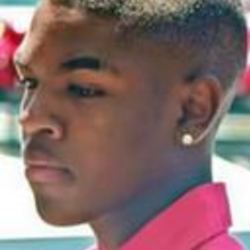 Charles A. Pettit, Jr., 18, of Oklahoma City, was shot by officer James Hill after Pettit pointed a loaded firearm at Hill, police said. Pettit, who was hospitalized after the shooting, died Friday, October 23, 2015 at OU Medical Center. Police said Pettit fled the scene of a burglary on Peppertree Lane about 4 a.m. Oct. 5 and was pursued on foot by Hill. Hill chased Pettit and another male across a south parking lot of Rose State College. The unidentified male fled the scene west and Pettit stopped on the east side of a trash bin near the aquatics center on the campus. Hill ordered Pettit multiple times to show his hands and Pettit pointed a loaded semi-automatic handgun at Hill, Clabes said. Hill shot Pettit several times. Oklahoma County District Attorney David Prater ruled the shooting was justified.

Pettit's family was not convinced that the killing was appropriate, saying that the video does not match the public statement made about the shooting by District Attorney David Prater in which he says CJ emerged from behind a dumpster with a loaded gun, pointed it at Officer Hill, forcing the officer to shoot CJ to protect himself. According to Jim Appleton, a respected expert on audio and video analysis, " it only took me about three hours to determine that every essential detail of the police story was simply not true."