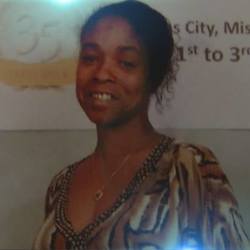 Chandra Weaver, 48 died after a crash that involved a Kansas City police SUV driving without sirens. Police say Weaver was at a stop sign and then pulled out in front of the officers as they were headed south on The Paseo at East 83rd Street just before 1 a.m. Tuesday. The police SUV did not have on lights and sirens. The officer driving swerved to try and avoid hitting the car but ended up slamming into the Weaver's black Pontiac Grand Am, knocking it across the street. She was pronounced dead at the scene a short time later.